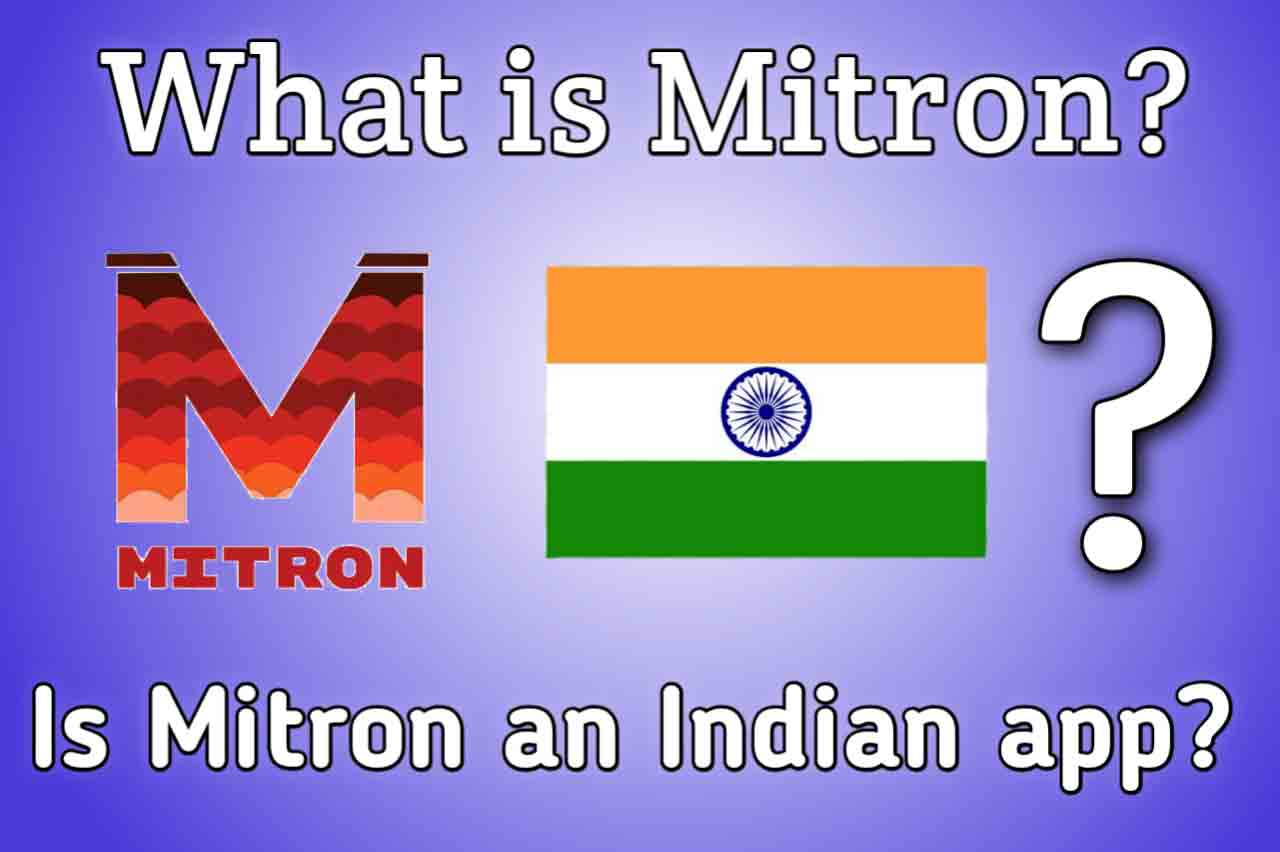 Apps are now becoming a part of everyone’s life.

In this era of technology where global networking is based on smart apps, it is very important to have profound knowledge about the upcoming apps.

In this digital revolution, apps are getting used for every digital activity we perform.

You can take the education sector where an app like “Byjus” is getting favorites among the students or you go for the digital wallets where people are using Paytm, phonePe, PayPal, etc. Apps are getting used for everything.

There are some short-video sharing apps that are getting popularity among the young generation.

Short-video sharing apps allow people to show their talent or give a message by making 15 seconds or 1-minute videos.

The algorithms of these apps are in such a way that a regular creator can get so many followers and get their videos viral.

Today we are going to talk about a similar app called “Mitron”.

Mitron was launched in India on April 11, 2020. This app comes into the Prime Minister’s Atma Nirbhar Bharat Yojna to make India "a bigger and more important part of the global economy".

This app got so much attention due to the call to boycott Chinese apps and products amid the ongoing border tension with China.

This app was made and launched by a team of five alumni of IIT-Roorkee.

The objective was to make and launch an Indian application akin to a popular Chinese app ‘TikTok’ so that the Indian audience will not have to depend on the Chinese apps.

TikTok has the highest number of users in India, about 120 million users. This app got into a controversy with the allegation on the objectionable content uploading on it.

There was no restriction on the adult content and a kid can also expose to those content.

What is the Mitron App?

This app had over a million downloads in the first few weeks of its launch. That was itself a great achievement for an app.

It was designed for people to show their innovative skills by uploading content.

The app provides the editing feature as well as allows us to select any suitable sound and music options from its audio library.

It also lets you fix crashes and bugs, and customize your experience with a variety of options.

Indian audience supported this app and liked it. Millions of people were using this app and it was gradually replacing the app TikTok.

Undoubtedly, Tiktok helped so many young creators to show their talent, they got famous and they also started earning through promotions. After the TikTok ban, those creators needed a platform and that need was fulfilled by ‘Mitron’.

How to use this app?

Mitron has the same user interface as TikTok.

After that, you just need to scroll up or scroll down to watch short videos.

If the user wants to create their short videos then they just need to click on the video button at the bottom center of the app-screen.

After that, you just need to record a video, edit it, and hit the publish button.

After publishing, your video will be showing on your profile timeline.

On June 29, the Government of India banned the TikTok app, and after that people switched to Mitron.

It was indeed a success for the app and if we talk about today’s time, Mitron has 10 Million+ downloads on the google play store and became one of the most popular apps among the influencers and creators.

We did the research and found that if you click on the link in the developer’s section on the Google play store page on Mitron you will find their privacy policy.

Mitron app was criticized for its performance. In the initial days, people were not able to upload their videos on it.

They were using it just because it is an Indian app but they were not happy with its performance.

It was also alleged to be ‘Made in Pakistan’, later it was cleared by Shivank Agarwal that the app does not have any connection with Pakistan.

Mitron developing team is constantly working on the problems and updating the app from time to time and that’s why people like it.

After the last update, you can log in with a mobile number, you can tag your friends in the video,  you can add your social profile links.

They also enhanced the search page and the performance and also fixed the bugs.

Que 1: Is mitron an Indian app?

And 1: Yes. Mitron is an Indian app that has been developed in India.  This app aims to give users a good experience.

Que 2: Who is the owner of Mitron App?

Ans 2: Shivank Agarwal is the owner of Mitron App. Shivank is a student of IIT Roorkee. He developed the Mitron app in April 2020

Ans 3: Mitron App is a free short video platform that is present on Google play store and iOS store.

You Can also Read : How to book e-tickets on IRCTC: {Step-By-Step}

Mitron is a short-video sharing app that was launched on 11 April 2020.

After a week of its launch, this app got millions of downloads. The main reason to accept this app was to promote Atma Nirbhar Bharat Yojna.

The app was made by the five alumni of IIT Roorkee, Shivank Agarwal being one of them.  It got the real limelight after the TikTok ban in India on 29 June.

This is an app wherein you can make funny videos, emotional videos, and many such videos. It is a platform to show your skills in 15 seconds or 1 minute.

A whole lot of good creators became so famous for delivering such good content. People like to share their videos and for a good or a regular creator, it is a source of income also.

This is a platform where you will find a whole community of good influencers and creators.

Thank you all for your valuable time.

Thank you for subscribing.

we respect your privacy and take protecting it seriously